Via a tweet from ELAR comes this announcement of an upcoming webinar on “AI and the Ainu Language”. 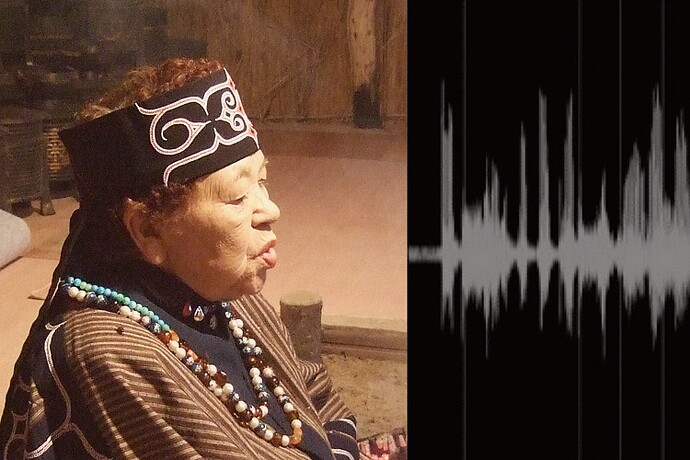 AI and the Ainu Language

AI is becoming ever more relevant in supporting the preservation of endangered languages, including Ainu, because of its capabilities for language transcription, translation, and search/retrieval. In this webinar chaired by Professor Roger K. Moore,...

AI is becoming ever more relevant in supporting the preservation of endangered languages, including Ainu, because of its capabilities for language transcription, translation, and search/retrieval. The Ainu language has traditionally been passed down orally through traditional folk tales. While it is recognised by UNESCO as critically endangered, a large stock of oral interviews has been actively recorded since the late 20th century in an attempt to preserve the rich folklore and cultural heritage of the Ainu. Nevertheless, much of this has not yet been fully transcribed nor properly archived.

In this webinar chaired by Professor Roger K. Moore, Professor Tatsuya Kawahara, a leading researcher at Kyoto University, will talk about his latest project developing automatic speech recognition and synthesis technologies to assist the preservation of the Ainu language. He will be joined by special guest Sachiko Kibata (90), who will share her thoughts as one of the very few remaining speakers of the Ainu language, as well as presenting some traditional Ainu folklore.

The topic of automated (or semi-automated, I suppose) transcription of recordings is a timely one, and something we should be keeping our eye on. If anyone here has pointers on suggested readings that would be great. I know @Hilaria organized a conference (with @cbowern participating with work on Bardi, if I recall correctly).

There is a whole array of technical problems under this umbrella:

And a bunch of others which I cannot recall but maybe you can.

(Only the most dedicated North Americans will show up for this one, since it’s going to be super early there!) If a recording makes its way online I’ll update this post.