Via Data Is Plural: 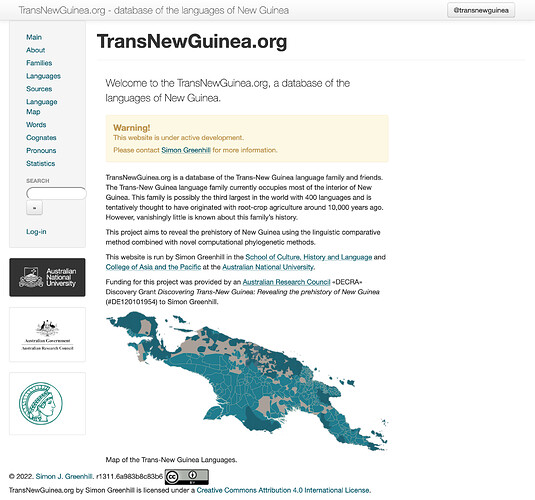 Trans-New Guinea is the world’s third-largest language family. But it’s also among the poorest-studied. TransNewGuinea.org, an online database launched in 2013, is trying to change that. It now contains more than 1,000 New Guinea languages and lists 145,000 word translations — including 1,065 entries for “dog.” It even has an API. A recent PLOS ONE journal article provides additional background and statistics. [h/t Simon J. Greenhill]

Interesting stuff in this under-development project.

Also on Twitter (though that doesn’t seem to be active).