Canadian Aboriginal Syllabics (or just “syllabics”) are a family of writing systems used for many of the Indigenous languages of Canada, including languages from the Algonquian, Inuit, and Athabaskan families.

Syllabics have a long and interesting history,

The Typotheque type design company is, IMHO, really cool. They have put a lot of work into supporting a range of writing systems and languages, and they have also made significant contributions to font technology. 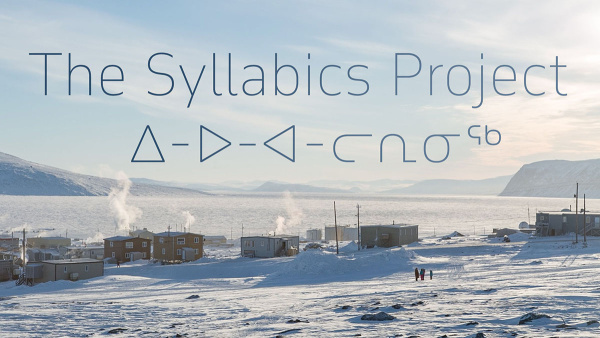 They describe their work to design and implement fonts for Syllabics, in collaboration with First Nations users of Syllabics:

Typotheque commissioned Canadian designer Kevin King to research the Unified Canadian Syllabics in preparation for designing future Syllabics fonts. Kevin identified that the Nattilik community in Nunavut, the northernmost territory of Canada, was missing 12 syllabic characters from the Unicode Standard, which means that the Nattilingmiutut text could not be written down. Kevin worked with Nilaulaaq, Janet Tamalik, Attima and Elisabeth Hadlari, and elders of the Nattilik community to prepare a Unicode proposal to encode the missing characters. Only after the acceptance of the proposal by the Unicode Technical Committee could fully functional fonts for the Canadian Syllabics be designed, a process that took two years.

There’s even a mini-documentary about the languages and writing systems here:

This is a really beautiful documentary, about 15 minutes, filled with interesting commentary from language workers as well as beautiful typography and landscapes. Highly recommended, a little escape from… waves arms around all this stuff.

Check out this little guy: 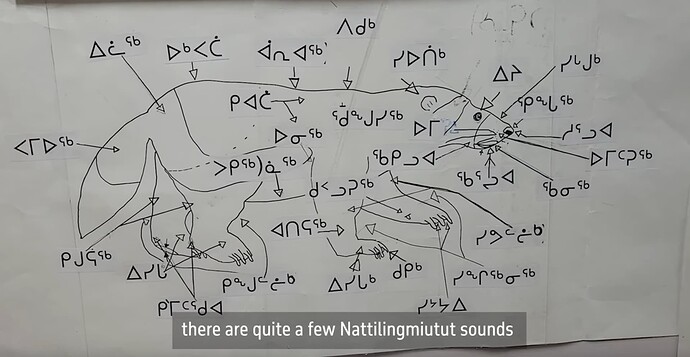 Creating a Unicode proposal, as @laureng and @clriley (and perhaps others here!) can attest, is no small undertaking. It takes a lot of perseverance and paperwork to get changes into the Unicode (for a documentary history of some Emoji proposals, see The Emoji Story). But being in Unicode can make all the difference for a writing system — check out the history of Adlam for an example of how a whole textual culture has been given a boost by better digital availability of the writing system.

It’s worth noting that while the typefaces themselves are not free (although their prices are not exhorbitant), the work that went into expanding the Unicode Standard to enable these typefaces is now openly accessible. That means that if someone wanted to make a new typeface for Syllabics, or to extend an existing open font to support more languages, they could. Which is good.

More stuff to check out:

For example, check out the subtle difference in readability adjusting quotation marks makes:

(Would love to know if our local Unicode and typography heroes, @clriley, @skalyan, @laureng have any thoughts on this topic!

Wow, this is amazing!! Yes, Typotheque does great work.

I had no idea that UCAS was inspired by both Devanagari and Pitman Shorthand! This clearly marks it as a product of the 19th century

I would also recommend their article on developing a secondary style for the Canadian Syllabics (i.e. how to develop an “italic” or “cursive” style when there’s no native tradition of manuscript production). It’s a fascinating look into a creative process that only really becomes clear in this kind of innovative, from-first-principles project.

Oh, and Kevin King is a graduate of…the University of Reading’s Masters program! (See here for the font he developed for his degree, which includes his first attempt at a cursive style for UCAS.) Truly, all roads lead to Reading….

Edit: Great documentary! I didn’t expect that there would be so much spoken Inuktitut in it.

Mazina, with support for the
Arabic, Canadian Aboriginal Syllabics, and Latin scripts

Hah, well that’s not a combination you see every day!

Reading students are strongly encouraged to add support for one or more non-Latin scripts to their fonts—especially scripts that they are not personally familiar with. Thus, you often see fonts that support, say, Greek and Gujarati, or Kana and Mongolian.

Reading students are strongly encouraged to add support for one or more non-Latin scripts to their fonts— especially scripts that they are not personally familiar with.