A useful walkthrough of a workflow that results in a video with “burned in” subtitles from a FLEX/ELAN pipeline. The result is like the one below: 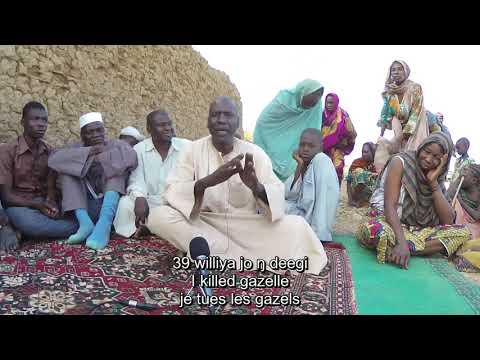 The subtitles go through the .srt format, and then those are fed to a command-line app called ffmpeg, which is a bit tricky if you’re not used to the command line, I suppose. The author (Joey Lovestrand) also points out that there is an open-source app called Handbrake that can also do the burning, and it has a GUI so that might be easier.

As long as we’re on the topic, it’s also worth noting the WebVTT format, which is almost the same as .srt, which is used for subtitling on the web. (Doesn’t “burn” anything, though.)

Thanks for this, Pat!

I just have to say, the phrase “A tutorial on burning FLEX/ELAN content” really caught my eye!

I swear I didn’t intend it that way